We stole this idea from Amanda Dykes, who was a guest on a podcast episode of Read-Aloud Revival, talking about various writerly things, but also recommending some favorite seaside-set books.

We figured, why not do a blog post featuring beach reads—meaning books with actual beach-like words on the cover. We expanded it to include recent titles with a water-related word in the title. Here are a few of them: 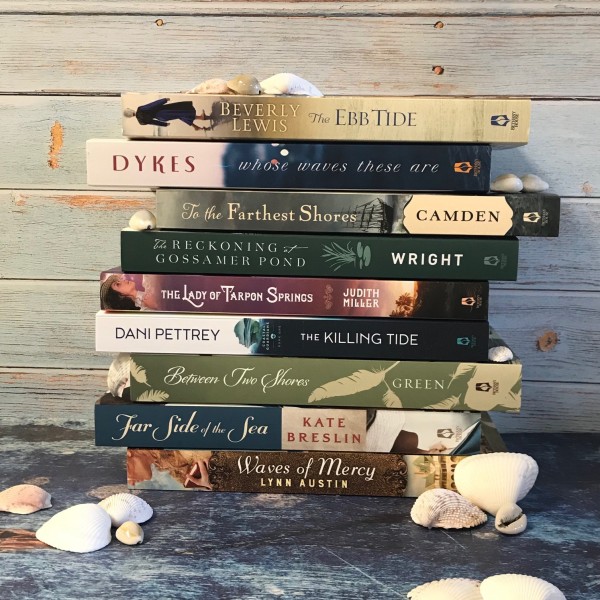 (For a bonus, we found a few more that had a watery scene depicted on the front cover, just not in the title: Out of the Ordinary by Jen Turano, Keturah by Lisa Bergren, Shelter of the Most High by Connilyn Cossette, Flight of the Raven by Morgan Busse, Sweet on You by Becky Wade, and Traces of Guilt by Dee Henderson. We’re probably forgetting some!)

And just for fun, a giveaway! We’ll pick three winners on August 1 to win their choice of one of these seaside books. To enter, just comment on this post with a favorite watery vacation spot you’ve been to. (River, ocean, hot springs, indoor pool…anything goes!)