There are many things I love about my job, but near the top of the list is helping readers find a brand-new author. That’s why I’m excited that Whose Waves These Are by Amanda Dykes entered the bookish world this month. 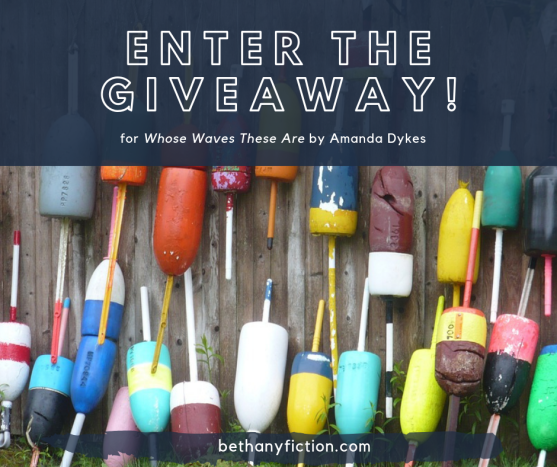 First Lines: “One minute a guy is splitting wood in the northeastern corner of the country, stomach rumbling and heart afire with ambition in the wake of his eighteenth birthday, and the next minute he’s pumping water from the old kitchen sink to clean the work off his hands and pick up a letter from the president of the United States of America himself. It lies there on the red, paint-chipped kitchen table, like an old friend who has let himself in and put his feet up, the most natural thing in the world. But it’s anything but natural.”

Plot Summary: In the wake of WWII, a grieving fisherman submits a poem to a local newspaper: a rallying cry for hope, purpose . . . and rocks. Its message? Send me a rock for the person you lost, and I will build something life-giving. When the poem spreads farther than he ever intended, Robert Bliss’s humble words change the tide of a nation. Boxes of rocks inundate the harbor village on the coast of Maine, and he sets his callused hands to work.

Decades later, Annie Bliss is summoned back to Ansel-by-the-Sea when GrandBob, the man who gave her refuge during the hardest summer of her youth, is the one in need of help. But what greets her is a mystery: a wall of heavy boxes hiding in his home. Memories of stone ruins on a nearby island ignite a fire in her anthropologist soul to uncover answers.

Together with the handsome and enigmatic town postman, Annie uncovers the story layer by layer, yearning to resurrect the hope GrandBob once held so dear and to know the truth behind the chasm in her family’s past. But mending what has been broken for so long may require more of her and those she loves than they are prepared to give. 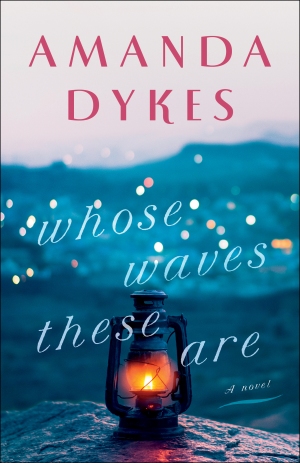 To celebrate this debut novel’s release, we’re having some fun on the blog. First, take the personality quiz below that tells you which location in the charming town of Ansel-by-the-Sea best fits your personality.

Then, comment on this post with the location result you got from the quiz, and you’ll be entered in a drawing to win a copy of Whose Waves These Are! I’ll choose three winners by May 27, 2019. Have fun!

103 thoughts on “Book Giveaway and a Personality Quiz!”