Cover design is always a popular topic in our Ask BHP poll, and this reader wants to know: “I’d like to hear a little bit about the cover design process. Specifically, I know there’s a group that approves or asks for changes to covers. What are the most common things you change?”

At our first meeting, editorial and marketing representatives meet with our creative director to talk about their vision for the covers of that season’s books—usually about 15-16. All will have read the synopsis (the book is rarely finished at this point), and they’ll bring covers they really like or other visual aids. The creative director, Paul Higdon, then translates this feedback to the designers.

For the next stage, the team is mostly looking at pencil sketches or stock photo approximations of what the poses for a cover might look like, especially when there will be a photoshoot of one or more models. This is the point to say, “Wait, that’s a totally different direction than the first two books in the series,” or “I think the silhouette is a better idea than the split-scene” or “Let’s be sure to have her outdoors instead of inside.”

Later, after many hundreds of hours of work on photoshoots and Photoshop, the designer will present a semi-final version of the cover…actually, usually 6-10 different versions. Some are in totally different styles and tones, others are similar with smaller variations on the type or model pose. We’ll give another round of feedback, this time more specific as to what we like or don’t like, voting on our favorite designs.

One of our designers, Jenny Parker, said, “The designers probably have the best idea of what an author goes through, because we have our art critiqued by others—sometimes while we’re in the room! Then it’s time to take that feedback and make changes.”

And that’s a hard task, especially because most of us have vague instincts like, “That type is hard to read” or “something about that model’s expression looks unpleasant” or “the color pallet just seems off.” They might be true statements, but the designer has to find the way forward to actually do what the team members are suggesting.

Once we agree on the right design (or a Franken-combo of designs), there are still tweaks to be made. At the near-final stage, here are some recent comments jotted down in meeting notes.

Then…more designer magic happens, and the final cover is sent to the author for feedback, as well as to members of our sales team for approval. Once everything is set to go, it gets placed in our catalog, the one that the sales team uses when presenting to bookstores (usually 8-10 months before release).

Here are some examples of those middle stages in the process. For Tracie Peterson’s new series (releasing in March 2019), our creative team asked if Jenny could have a large face above Western scenery as a way to set the series apart. Here are a few of the options we saw. 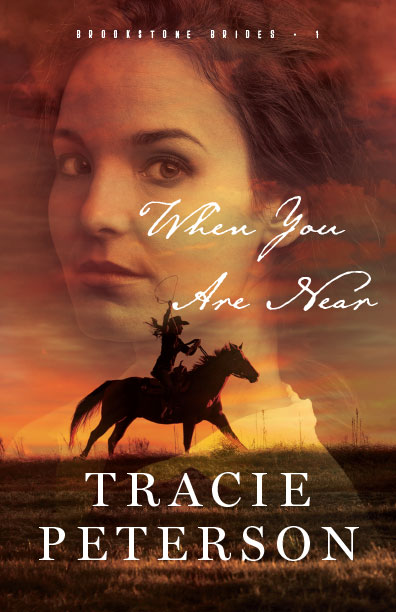 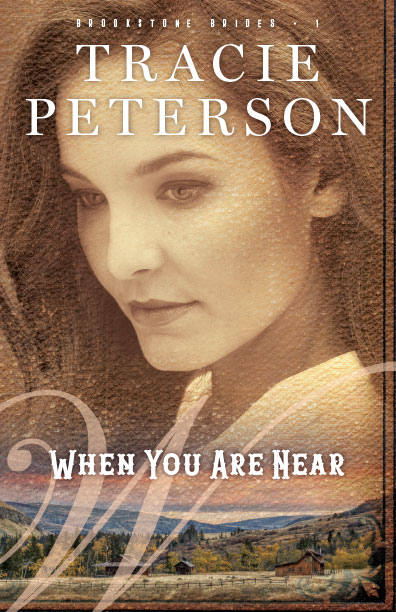 …but interestingly enough, Jenny put in a few designs with a totally different feel, trying to imitate a Wild West poster. Everyone loved that direction, even though it was different than what we had originally suggested. We had different poses to choose from in that design, and this is the one we went with after a few tweaks, the final cover of When You Are Near.

So there you have it, a small glimpse into the world of book cover design. Hope you enjoyed it!

What’s a cover that stood out to you recently? It can be in any genre.

10 thoughts on “Ask BHP: What Changes Are Made to Covers?”