It’s a new year, and I’ve gotten some great questions for our Ask Bethany House series in 2018! (If you’d like to contribute a question, it’s not too late. Send it in to our survey.) 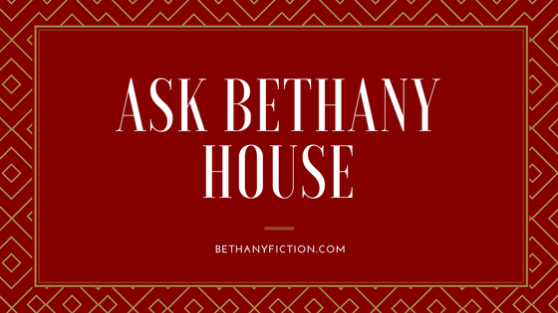 Here’s our first one for January: “How would you define a ‘discerning reader’? What kinds of things do they observe about a book, its quality, its depth, its characters that make authors and publishers know that the reader has really invested in the story?”

What a fun question! First, I’d like to start off by saying that authors and publishers love to hear that you enjoyed a story—that it entertained you or took your mind off your worries or made you want to take a trip to the setting or made you think or laugh or cry. All of that is great, and also relatively simple. No need to get fancy.

That said, if you’re looking for ways to read like a writer or editor—either to get better at noticing why you enjoy a book so you can leave more specific reviews on blogs or retail sites, or maybe even to learn how to write a novel yourself—here are my tips.

I could go on and on with often-overlooked aspects of great writing and recommend dozens of books that demonstrate them, but I should probably keep this post to a reasonable length. Whether you are a detail-noticer or just a happy-ending lover, a discerning reader is one who knows just which books to put on the keeper shelf…and which to get out again for a re-read!

Now I’ll turn it over to you, oh readers. Is there an aspect of a story that makes it a standout to you? Anything in particular you love to see in the books you most enjoy?

4 thoughts on “Ask Bethany House: What Marks a Discerning Reader?”