Since we’ve officially (by the calendar, at least) moved on from winter, I can welcome you to a list of great spring books! (Who needs spring cleaning when you can have spring reading instead?)

I’m excited to introduce our lineup of new releases to you, in all different genres and settings. There’s something here for everyone! To take a closer look, click on each cover to read an excerpt. Enjoy, readers!

The Ebb Tide by Beverly Lewis

Sallie Riehl comes to Cape May for the summer as a nanny, yet what the Amish young woman discovers about herself and the broader world during those unforgettable weeks challenges her plans for the future. Has she been too hasty with her promises, or will she only find what her heart is longing for back home in Paradise Township?

In the first cycle of the Harbinger series, four strangers discover they have extraordinary gifts and are brought together to fight a growing darkness. Meet the members of the Harbingers team—each written by an acclaimed author—in four linked episodes! Fast-paced and ongoing, this thrilling suspense collection reads like your favorite TV series.

To the Farthest Shores by Elizabeth Camden 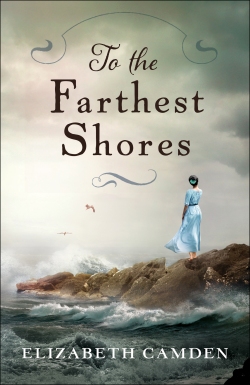 Naval officer Ryan Gallagher broke Jenny’s heart six years ago when he abruptly disappeared. Now he’s returned but refuses to discuss what happened. Furious, Jenny has no notion of the impossible situation Ryan is in. With lives still at risk, he can’t tell Jenny the truth about his overseas mission—but he can’t bear to lose her again either.

Behind the Scenes by Jen Turano

Miss Permilia Griswold, the wallflower behind The Quill gossip column, knows everything that goes on in the ballrooms of New York. When she overhears a threat against the estimable Mr. Asher Rutherford, she’s determined to warn him. Away from society’s spotlight, Asher and Permilia discover there’s more going on behind the scenes than they anticipated. 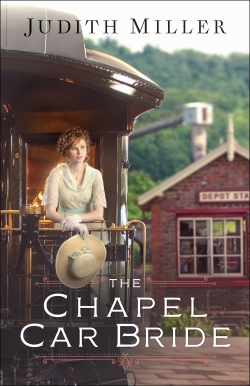 Hope Irvine always sees the best in people. While traveling on the rails with her missionary father, she attracts the attention of a miner named Luke and a young mine manager. When Luke begins to suspect the manager is using Hope’s missions of mercy as a cover for illegal activities, can he discover the truth without putting her in danger?

Confession time: what chore or responsibility are you most likely to postpone so you can read a good book?