One fun thing about working at a publishing company are the connections I have with what goes on “behind the scenes,” including writing contests. Since I know many writers follow this blog, I decided to interview three judges who have experience evaluating first chapters, synopses, and other entries. Their comments are kept anonymous (to keep their mystique of course…and so if you happened to enter a contest where they were judges, you wouldn’t worry that all of their comments here were talking about your entry). I hope you learn a lot from them!

Amy: What’s a common mistake (or a few) you saw in the manuscripts you judged?

Judge One: The most common problem I saw was when writers would tell me what was going on with their character instead of showing me. One example of this would be an author telling me how a character felt about a significant event in his/her life instead of showing me how he/she reacted to said event (e.g. a wife narrates her angst over an argument with her husband instead of showing me the argument itself). Another common example would be an author trying to fit too much backstory in the first couple pages of a novel. I fall into this trap too, so I get it—it’s hard to find the balance between confusing your readers and keeping them in suspense. But too often, authors would tell me everything that had happened to a character to bring him to this point in the story (lost his job, became an alcoholic, wife divorced him) instead of leaving me with a little mystery and letting me find out those things one by one while I read.

Judge Two: Some entries did a lot of telling instead of showing—outright stating characters’ emotions or motivations instead of showing what they looked like. But other entries made the more subtle mistake of showing and telling. They did a great job of using dialogue, body language, and vivid verbs so I understood what was happening…and then tacked on a totally unnecessary explanation of it in case I missed all of that. As a reader, I feel cheated, like the author didn’t trust me. It’s also a waste of words, because it says the same thing twice. Other mistakes that are a bit more obvious include a slow start to the story with lots of backstory or info-dumps, unrealistic dialogue, and too-perfect characters, all of which brand a manuscript as a beginner.

Judge Three: Because I was only able to see the very first part of the book, a strong beginning was crucial, as it was all I had to focus on. Several of the submissions could have had much snappier starts. I would also advise entrants to be very careful about their synopsis and not skipping necessary details or assuming knowledge. Several times I came away confused on things like timeline and certain plot points

Amy: When an entry caught your attention in a good way, what were some characteristics of that entry that made it stand out? 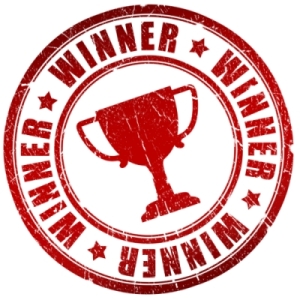 Judge One: Last month I watched the women’s gymnastics at the Olympics, and one thing the announcers keep saying over and over is that these young women have to do the hardest things in the world and make them look easy. The entries that caught my attention did the same thing—they worked in historic details without losing the story’s momentum, dropped in the occasional foreign word to provide a sense of place, or added an accent to a character’s speech without making it cheesy. The plot, dialogue, and character development were all there too, but these authors had gone the extra mile and made the world of their imagination into a world I could picture visiting. They had paid attention to the details without letting the details overwhelm the point of the story.

Judge Two: One huge thing is that in the best entries, a scene accomplished more than one thing. For example, it didn’t just give information…it also advanced the plot, showcased the personalities of the main characters, and foreshadowed something still to come. Or it didn’t just raise the stakes of the suspense, it also hinted at the hero’s backstory, introduced a minor character, and reinforced the spiritual theme. These are just a few examples of what a scene can accomplish. If you read a chapter in your manuscript and realize that if it disappeared, you wouldn’t be missing much, or it could be easily replaced with any generic obstacle, it’s not doing enough work.

Judge Three: It’s hard to quantify, but simply the fact that I wanted to keep reading and was bummed I wasn’t given the whole manuscript. The other aspect is that I didn’t notice the writing, I just became so engrossed in the story and really bought into the character’s voice and perspective. Heavy use of adjectives or stilted dialogue can make you notice the words over the story and pull you completely out of it.

Amy: If you could give one piece of advice to someone editing a contest submission, what would it be?

Judge One: Get someone to edit your submission for you first. (Seriously. I know this is mentioned in every piece of writing advice ever, but it was clear that the better entries I read had already benefited from detailed and constructive editing—and that the not-so-great ones still needed more help than I could give in a simple scoring sheet.) Ideally, you’ll have three or four editors, or better yet, a whole critique group of them. And these can’t be friends or family members who will love your writing no matter what. You want your first readers to be people a little bit distanced from your work so that they’ll be honest with you, and you also want them to have enough writing experience to be able to kindly point out potential trouble areas. After you get this first hurdle out of the way, go ahead and bring in those friends and family members for another go-around. They’ll be able to give you a reader’s point-of-view, warning you of any confusing sections and telling you where the action could be sped up a bit. Plus, they’ll give your confidence a great boost!

Judge Two: Read your entry out loud. Not only will you catch small mistakes like typos or missing words, but you’ll also notice when you’re using the same sentence pattern over and over to the point of monotony. And nothing points out a bit of cliché or boring dialogue like hearing your characters say it out loud in your own voice.

Judge Three: Make sure you get someone to read and edit the entry who knows nothing about the story. This will help you eliminate any missed details or loopholes that someone familiar with it will naturally fill in. Good writing won’t overcome a confusing story.

Readers, what would make you lose patience with a book if you encountered it in the first few chapters? Writers, tell us about a mistake you made early on in your writing career that now makes you cringe.