Love this question from our Ask BHP poll: “Sometimes I tend to default to my favorite authors, but I want to branch out. Who are some up-and-coming authors I should be aware of?”

I enjoy nothing more than introducing new authors to the world, so without further ado, here are three authors whose first Bethany House novel released in the past year and a half or so. They may be new to you since they haven’t been in the inspirational fiction world for long, so go ahead and add their novels to your TBR list! 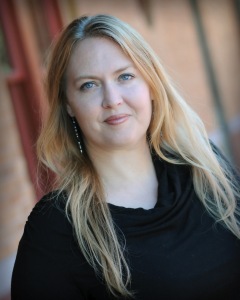 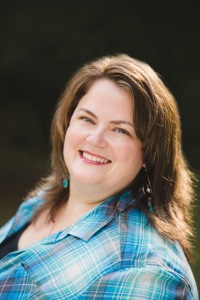 I decided to ask all of the authors a few quick questions so you can get to know them and their writing.

Amy: Tell us what inspired your novel. Did you start with a character? A situation? An image?

Susan: The first whisper of Irish Meadows began with me wanting to create a sweeping saga about a big Irish family, along the lines of The Thornbirds. Part of the idea for the story was based on my own grandfather’s family who came over from Ireland and settled in Brooklyn, New York. They had many children, some of whom were born after they came to the USA. But instead of living in the tenements of Brooklyn, I wanted my fictional family to have achieved success and be members of the upper class. And so I came up with the horse farm, Irish Meadows, and the assertive patriarch, James O’Leary, who would wreak havoc on his children’s lives in order to maintain the status he had achieved.

Connilyn: Counted with the Stars was inspired by a study I was doing on my own into Exodus and the roots of my faith. I ran across the verse in Exodus 12:38 that said “a mixed multitude went up with them.” I thought to myself—who were these people that went with the Hebrews on the Exodus? I wondered whether some of them might be Egyptian and what would have inspired them to follow an invisible God into the wilderness when all they had ever known were the gods of Egypt? In my mind an image appeared—an Egyptian woman standing on the bank of the Jordan River waiting to enter the Promised Land. Kiya’s story was born from that vision and from my curiosity about the motivations by those we would call “Gentiles” who journeyed with the Hebrews.

Kristi: I started A Noble Masquerade with Miranda. I got to know her while writing A Lady of Esteem. She was a much more guarded person that I originally thought she would be and I knew that someone would have to get under her guard in order to really get to know her. That meant she had to meet Ryland in such a way that her normal defenses would be shaken.

Amy: What’s the short version of your how-I-got-published story?

Susan: I entered Irish Meadows in a writing contest mainly because a Bethany House editor was one of the final judges. I was hoping to make it that far in order to get some feedback as to what I was doing right or wrong with my story. I never imagined I would win the contest, that Dave Long would request the whole manuscript, and that he would love Irish Meadows enough to offer me a contract!

Connilyn: I began writing Counted with the Stars a few years ago but it took me a while to gather the courage to show anyone my work, especially since it was the first book I’d ever written. With encouragement from a friend, I researched publication and ended up getting connected with ACFW. When I ended up being a semi-finalist in their Genesis Contest and also a finalist in the Frasier Contest through Susan May Warren’s My Book Therapy, I decided it was time for me to go to the annual ACFW Conference. Much to my shock (I hadn’t even prepared an acceptance speech!) I won the Frasier Award and therefore was able to share that news during my 15-minute meetings with agents the next day. Although it was a very, very long six months before I was signed by one of the agents I met with that day, within only a few months I was offered a three-book contract by Bethany House Publishers. Since then it’s been a happy whirlwind of writing, deadlines, and editing (on top of my normal life). I’ve been nothing but blessed by all the wonderful people I’ve come in contact with over the past couple of years and am grateful to be living my dream!

Kristi: Contests, baby! I basically stalked Bethany House. If Raela was a final judge for a contest, I entered it.  Mostly because I can’t write a query to save my life. Eventually, I finaled in the Golden Heart, the unpublished contest for Romance Writers of America. Raela wasn’t a final judge for that one but she noted my title in the finalists list and contacted me to see if it was a Regency. The rest, as they say, is history.

Amy: Name a theme that you hope comes across in your novel.

Susan: Being true to yourself is the main theme I hoped to get across in Irish Meadows. All the main characters struggle with some aspect of this theme during their journey. Brianna must learn to stand up to her domineering father and fight for the man she loves. Gil must learn to say no to his guardian and mentor and do what is right for his life. Both Gil and Brianna come to understand that pleasing others is not always following the path God intends, and that by turning their lives over to God, the innermost desires of their heart would eventually be fulfilled. It’s a rocky road, but one that ultimately leads to their happy ending.

Connilyn: Kiya’s story is about an Egyptian slave who follows the Hebrews on their exodus from Egypt but struggles to accept their God. I hope that her journey, from enemy of God’s people and slave of false idols to a woman guided to freedom and loved by Yahweh, will inspire readers to remember that their identity is found only in Messiah Jesus and that they, too, are loved extravagantly by the Most High God.

Kristi: In A Noble Masquerade, I wanted to emphasize the message that you have value just the way you are. We are all created in God’s image (Gen. 1:26) and all too often we think the person God created isn’t good enough because we aren’t like someone else. But the beautiful thing about having such a great and wonderful God is that He is able to make us all different and still a reflection of Himself. You need to be the you God made you to be.

And now, the books, of course! 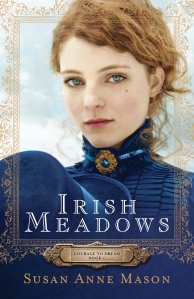 Amy recommends it for: Powerful themes of forgiveness and hope, lovely historical detail, and a depth to the story given to it by the dual romance.

Coming Soon from Susan: Love’s Faithful Promise, September 2016 (and A Worthy Heart, the second in the series, already released this summer!)

Counted With the Stars

Amy recommends it for: Vivid descriptions, page-turning conflict, and a unique take on a story you thought you knew.

Coming Soon from Connilyn: Shadow of the Storm, September 2016

Amy recommends it for: An intriguing premise that fully delivers, well-rounded characters, and moments of fun and witty dialogue.

Coming Soon from Kristi: An Uncommon Courtship, January 2017 (and An Elegant Façade, the second in the series, already released this summer!)

What makes you most likely to give a new author a try? Does the cover draw you in? Do you decide based on those first few pages? Will it help if you get a personal recommendation?

4 thoughts on “Ask BHP: Who Are Some New Authors I Should Know?”