I’m excited to introduce our April Bethany House books to you this month—and there are a lot of them! Be sure to click on the cover if you’d like to read an excerpt of the first few chapters. You can also click on the author names to visit and “like” their Facebook pages. It’s such a great way to connect with authors and be the first to hear about contests, upcoming releases, and behind-the-scenes trivia!

Counted With the Stars by Connilyn Cossette

Kiya, a young Egyptian slave, leads a miserable life. When terrifying plagues strike Egypt, she’s in the middle of it all. Choosing to flee with the Hebrews, Kiya finds herself reliant on a strange God and developing feelings for a man who despises her people. Facing the trials of the desert, will she turn back toward Egypt—or find a new place to belong?

The Inheritance by Michael Phillips

In Scotland’s Shetland Islands, a clan patriarch has died, and a dispute over the inheritance has frozen an entire community’s assets. When a letter from the estate’s solicitor finds Loni Ford, she is stunned. Orphaned as a child, Loni has always wanted a link to her roots. She sets out on a journey of discovery, but is this dream too good to be true?

Prince Wilek’s father believes the disasters plaguing their land signal impending doom, but he thinks this is superstitious nonsense—until he is sent to investigate a fresh calamity. What he discovers is more cataclysmic than he could’ve imagined. Wilek sets out on a desperate quest to save his people, but can he succeed before the entire land crumbles? 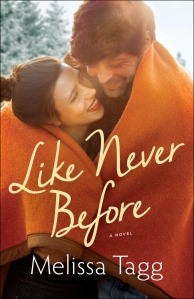 When Logan Walker returns to Maple Valley to ponder a big career move, the former reporter is enlisted to help save the town paper by Amelia Bentley. Intrigued by Amelia, he joins her pursuit of a story that could turn things around. As they work together, sparks fly–but Logan has a choice to make and a daughter to consider. Where will that leave Amelia?

The Midwife’s Dilemma by Delia Parr

Midwife Martha Cade has decided. When Thomas Dillon returns to Trinity, she’s going to marry him. But everything feels like it’s changing too fast, from her daughter’s new love interest to the realization that she’s ready to pass on her role as midwife. She’ll need courage and faith to face the challenges that arise as she sets a new course for her life. 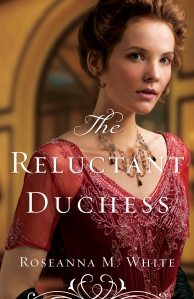 After a shocking attack, Rowena Kinnaird is desperate to escape her family and her ex-fiancé. She finds an unexpected protector in the Duke of Nottingham, but will she ever be able to trust him—let alone fall in love—when his custody of the Fire Eyes jewels endangers her once more?

Any new or soon-to-release books that you’re excited to read next?

3 thoughts on “See What’s New From Bethany House This Month!”