As promised last week, bestselling author Davis Bunn is joining us on the blog this week! 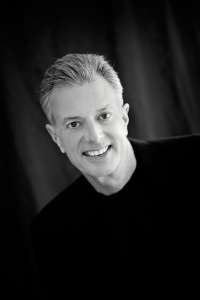 With the recent release of his latest suspense novel, The Patmos Deception, Davis had a lot to say about his writing career, characters, and the theme of his book. Hope you enjoy chatting with him as much as I did!

Amy: If you had to explain to someone why you write fiction, what would you say?

Davis: I have been passionate about story since childhood. But I only began writing after coming to faith at age twenty-eight; I started writing two weeks later, and instantly knew this was more than just a desire, more than some sideline activity. This was a gift. I was too young in my faith-walk to even know what “spiritual calling” might mean. I know now.

Amy: Do you have a character you would most like to meet in real life? 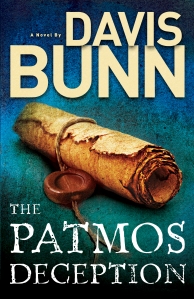 Davis: Carey Mathers (the lead in The Patmos Deception) is one of my all-time favorite characters. From the first moment you meet her you know this is a young lady in love with life. She has never had much time for the store-bought life—she was raised Texas poor but considers herself the richest lady alive. She is attractive, but in an intelligent and head-strong manner, something she inherited from her grandmother. Her intelligence is her gift, that and a questing mind. Some people find that off-putting, for Carey makes no bones about who she is. My wife came up with Carey, something that rarely happens, and that makes the lady more special still.

Amy: What are a few changes you’ve seen in the publishing industry from the time you started writing?

Davis: Perhaps the biggest is how so many of the major Christian publishers have been acquired by New York houses. I suppose this was inevitable, and there are some positive aspects to the transition. But it has most certainly made it harder for new authors, especially novelists, to establish themselves in the market. I so hope that changes in the years to come. 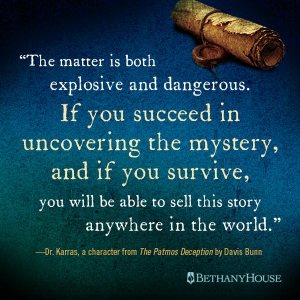 Amy: Finish the following sentence, “After turning the last page in one of my books, I would be happy if the reader…”

Davis: I most hope the reader says, “Wow, that was a great read. And I’m left with a real sense of…”  I’ll let them finish that sentence. What they take away is less important than feeling that they were both richly entertained, and blessed in some way by a spiritual theme or message or inspirational thought.

In this particular story, I deal with the issue of pilgrimage. Patmos is one of the rare locations that every branch of Christianity both reveres and visits. Baptist, Mennonite, Quaker, Catholic, Orthodox, Syrian, Egyptian Coptic, all come here and set aside their differences and kneel in the cave where God imparted his final plan for mankind. The island holds a reverential feel, and this I hope is imparted in the story. The past is alive in a most remarkable fashion here, as though Patmos lives both now and two thousand years ago. This bond to the moment when John listened to God’s voice is what I hoped to share.

Thanks so much for joining us on the blog today, Davis! Readers, your turn: if you could meet any fictional character, who would it be?