And the winner is…

Marty, please email me, Amy, at agreen@bethanyhouse.com with your mailing address so I can send you a copy of Pilgrimage. Thanks to everyone for sharing your favorite Bible character!

As I researched my novel Keepers of the Covenant, based on the biblical book of Ezra, I was struck by how similar his times were to ours. In Ezra’s day, God’s people seemed more interested in adapting to the society around them than in living His way. They had wandered so far from Him that they’d ended up in Babylon, slaves to an ungodly way of life. But God longed to restore His children, so He made a way for them to return to the Promised Land and to a relationship with Him. Sadly, most people chose to remain in captivity. Only a very small remnant accepted His offer of salvation. But for those who did, God had a leader in place—Ezra.

Many of us have loved ones who have wandered away from God, captured by the culture’s empty promises and enticements. Like Ezra, we long to lead our loved ones home and help restore them to God’s embrace, but how? What qualities did Ezra possess that made him able to be used for God’s purposes? A few things about his character and habits stand out.

Pictures are from Lynn’s trip to Israel, which she writes about in Pilgrimage.

First, the Bible says, “Ezra was a teacher well versed in the Law of Moses” (Ezra 7:6). In other words, he knew the scriptures. They provided him with the perspective to look beyond his daily life and see the bigger picture of God’s redemption plan. Ezra would have seen that the Almighty One is a God of salvation and restoration. He would have been waiting for it, longing for it. And when God said, “Now is the time,” Ezra was able to answer God’s call because he wasn’t entangled with his own busy agenda.

Do we also know the scriptures so well that we’ll be able to make the most of every God-given opportunity? In the parable of the Sower, Jesus promised that the man who hears His words and understands them “produces a crop, yielding a hundred, sixty or thirty times what was sown” (Matt. 13:23).  I think Ezra would agree that a key to a fruitful life is knowing God’s Word. 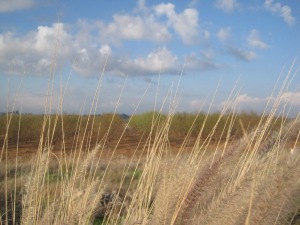 Second, “Ezra had devoted himself to the study and observance of the Law of the Lord” (7:10).  The two went hand-in-hand. He didn’t simply spend time studying God’s Word, he put it into practice. This wasn’t easy to do. Ezra lived as a slave to the Babylonians who worshipped many gods and indulged in an immoral lifestyle that contradicted scripture. Ezra would have been misunderstood, maligned, and mocked for failing to go along with the crowd and live their way. Yet he remained devoted to God and to His laws.

Is the same true for us? Jesus said, “If anyone loves me, he will obey my teaching.” And the result of such obedience is that “My Father will love him, and we will come to him and make our home with him” (John 14:23). Ezra discovered that the key to enjoying a close relationship with God and being used by Him was to obey His Word, even when it was difficult to do.

Finally, Ezra said “Because the hand of the Lord my God was on me, I took courage” (7:28). He knew from studying the Word that God was trustworthy. Ezra enjoyed God’s favor and love because he obeyed that Word. As a result, he could courageously accomplish God’s tasks. He could lead thousands of people on a 900-mile journey from Babylon to Jerusalem—and back to God. His caravan could transport several tons of silver and gold to God’s temple without a military escort. He took courage knowing that “The Lord himself goes before you and will be with you; he will never leave you nor forsake you” (Deut. 31:8). Jesus told His disciples the same thing when He climbed into the boat with them in the middle of a storm. “Take courage! It is I. Don’t be afraid” (Mark 6:50). His presence calmed their fears, and He can also calm ours. “Surely I am with you always,” He promised, “to the very end of the age” (Matt. 28:20). 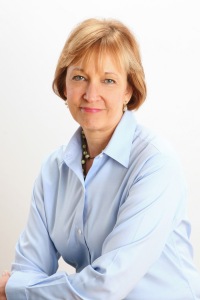 Read more from Lynn at lynnaustin.org.

Like Ezra’s life, our lives will be fruitful if we take time to read God’s Word. If we obey that Word, as he did, we’ll enjoy a closer relationship with God. And when we know and love the God who has promised to never forsake us, we’ll have the same courage that Ezra had to go into battle for our loved ones and help them make the journey back to God. 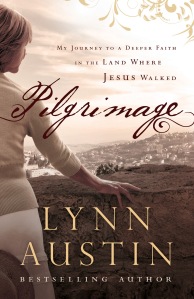 Thanks, Lynn! And today we’re giving away a copy of Pilgrimage on the blog, a nonfiction book by Lynn with reflections on her travels through the Holy Land. (The winner will be randomly chosen on Monday, September 22 and listed at the top of this post, so check back to see if you won!) To enter, comment with your answer to the following question: who is a character in the Bible who you’ve learned from, and what do you admire about that person?

28 thoughts on “Learning From Ezra: Devotional from Lynn Austin”