One of the most common questions I see during our Book Banter events is, “How much say does the author have about what the cover looks like?” or “How are covers designed?”

Because of this, every season, I’ll post our upcoming book covers, along with a “sneak peak” inside Bethany House’s cover design process.

This Season’s Topic: Q&A With Our Creative Director!

Paul Higdon, our creative director, and an all-around great guy, answered a few of my questions about the covers for THE DREW FARTHERING MYSTERIES, by Julianna Deering.

Q: What are the challenges of creating an illustrated cover compared to a more traditional cover?

A: Creating an illustrated cover can be much more challenging than a photographic and/or traditional cover because the latter is usually driven by photography that is already established, or can be more easily manipulated to suit a cover design. That’s not always the case, but pure illustrative covers require more leg work from the get-go because you’re creating imagery from a blank canvas, and that usually means more heavily involved steps. Finding an illustrator who is a good fit is also an unique challenge, and you have to be able to communicate in visual terms with them.
Q: About how much time does it take to design a cover like this?

Once the series was established the following titles average around 15-20 hours, give or take, of art direction and design. The actual artwork by John occurs separately from this process and each cover takes approximately 30 hours, using his computer illustration skills.

Q: Which of the three covers in the series do you like best, and why?

A: This is tough. I honestly like all three covers for different reasons. Rules of Murder will always be a favorite, because it established the series look and feel. We were proud of the final results. Jeff, the designer, is also a huge car fan, so to be able to include a vintage car from the early part of last century was fun for him. Murder at the Mikado is also a stand out in my mind because of the layering, and slightly more abstract perspectives. It was also a fun challenge to depict the setting with a night scene. Because of the overall dramatic perspective I would have say that Murder at the Mikado is my favorite, so far.

And, without further ado, I present to you Bethany House’s summer 2014 books! Click on the picture of the book cover to learn more about the story. 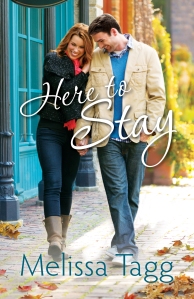 Here to Stay by Melissa Tagg

Meant to Be Mine by Becky Wade

Until I Found You by Victoria Bylin

Child of Mine by David and Beverly Lewis 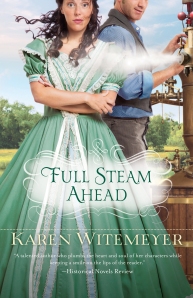 Full Steam Ahead by Karen Witemeyer

A Moment in Time by Tracie Peterson

Stuck Together by Mary Connealy

Truth Be Told by Carol Cox

A Match of Wits by Jen Turano

Murder at the Mikado by Julianna Deering

Captured by Love by Jody Hedlund 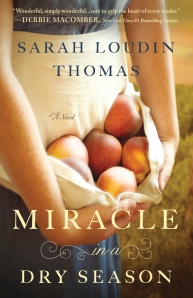 Miracle in a Dry Season by Sarah Loudin Thomas

With Every Breath by Elizabeth Camden

So, how about you, readers? What do you like about these covers?