(The first in a series of posts highlighting some fictional characters who I want to be more like during the new year. Check back every Wednesday of this month for more!)

“That’s the problem. God is too good. He’s too willing to forgive. He would have forgiven the men who hurt me.” 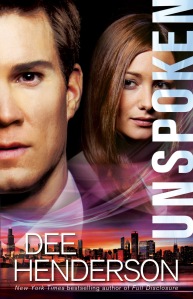 Character Description:  Charlotte Graham is confident in business but extremely cautious when it comes to people—and she has every reason to be. As a teenager, Charlotte was the victim of one of the most famous kidnappings in Chicago history. She’s changed her name and built a new life for herself since then, but she’s never fully recovered from what happened. The one thing she’s sure of is that she’s single for life. When she’s left a sizable family legacy, however, the quiet life she’s built for herself is about to be turned upside down.

Dee’s Reaction: Charlotte Graham hit a personal chord with me. God was reaching down to help her put the pieces of her life together and used Bryce to glue some of those pieces back in place. This is a relationship you want to see thrive. I listened to their story and I could see God’s hand at work. A woman with a dark past. And a man who loves her—who loves her so deeply and well she can heal.

Amy’s Reaction: Like so many of us, Charlotte found it easy to give and hard to take. She cared about using her money to help others, but didn’t want to be helped, because opening herself up to love meant she would have to risk being hurt. That’s a fear that all of us have, to different degrees, deep down, and one that made Charlotte’s character very relatable to me. Just as she has to learn to trust Bryce, she has to learn to trust God as well . . . and so do I.

Related Scripture:
“You will keep in perfect peace those whose minds are steadfast, because they trust in you.” —Isaiah 26:3 (NIV)

About the Author:
Dee Henderson is the author of eighteen novels, including Jennifer: An O’Malley Love Story, New York Times bestseller Full Disclosure, the acclaimed O’Malley series, and the Uncommon Heroes series. Her books have won or been nominated for several prestigious industry awards, such as the RITA Award, the Christy Award, and the ECPA Gold Medallion. Dee is a lifelong resident of Illinois. Learn more at deehenderson.com or unspokennovel.com.

What verse has been meaningful to you in hard times?