Ever since my mom died almost ten years ago, with my dad following three years later, the Christmas season has been a little difficult for me. No longer am I flying across the country with my husband and son to celebrate the season in my childhood home, but I am now forming new traditions while trying to push aside the melancholy I experience throughout the holidays. I was incredibly close with my mom, and Christmas is just one of those times families are expected to get together, which makes her absence felt all the more deeply.

Last year was no exception to the melancholy problem, and it hit me harder than ever on Christmas Eve. Not even dressing up for church in an adorable outfit of Christmas plaid—paired with matching shoes, I must add—could lift my spirits. We arrived at church, and the peace I normally receive simply by walking through the door just wasn’t there. Finding a seat in the very back, I glanced around . . . and that’s when I saw her—an elderly lady, sitting by herself, in a pew on the opposite side of the sanctuary.

I watched her for a moment, and then I rose to my feet and told my guys we were moving. They–being quite used to me and the fact I change seats on a whim–followed me as I scooted past happy families and made my way over to the elderly lady. She lifted her head when I stopped right beside her, and her hazel eyes—eyes that were exactly the same shade my mom’s had been—twinkled with mischief. Her hair was cut in stylish bob, again, just like my mom used to wear, and her smile was infectious as she told me her name was Bobbie Sue, patted the seat right next to her, and said she’d be completely tickled if I sat with her. I introduced her to my husband and son, and she fussed over them, telling me how lucky I was to have such handsome men in my life.

We started chatting about everything, and it seemed as if I’d known Bobby Sue forever.  She explained that her husband had only recently passed away, that she was in town with her son to visit friends, but they were singing that evening in the choir, which is why she was sitting alone. She asked about my family, and when I told her my parents were gone, she reached over, took my hand in hers, and said, “You’re missing your mom, aren’t you?”

Bobbie Sue never let go of my hand. She held it throughout the service, even when we sang carols, which meant I held one side of the hymnal while she held the other. When it came time to light the candles, mine, of course, wouldn’t light at first, but when it finally sputtered to life, she leaned closer and whispered, “That’s my darling girl,” exactly like my mom had whispered so many times to me in the past.

When the lights came up, both Bobbie Sue and I had tears in our eyes, but they were happy tears, brought about by two kindred spirits finding each other on a special Christmas Eve. Her son came to collect her, and pleasantries were exchanged. When he went to pull her away, she stopped him, moved closer to me, and then gathered me into a strong embrace, whispering in my ear that she’d lost her daughter years ago, but I reminded her of that daughter and she’d been so blessed that night by being given the opportunity to sit with me. She stepped back, patted my cheek, called me a “darling girl” again, and then she was gone.

The sense of peace I’d been missing settled over me, and as I walked with my guys to our car, brushing tears away as I went, I realized that God had seen into my heart, knew exactly what I needed that Christmas Eve, and gave me an unexpected gift of love—a gift by the name of Bobbie Sue.

My greatest wish this Christmas season is that everyone will experience peace, love, and their own version of a Bobbie Sue.

How has God given you peace during difficult Christmases? 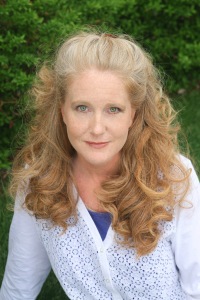 Most Recent Release: A Talent for Trouble 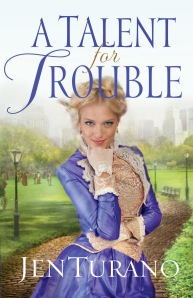 After getting into one scrape after another, are Grayson and Felicia destined to spend the rest of their lives keeping each other out of trouble?