Nobody knows. Put the question to six scholars and you’ll get eight different opinions. Not being one to parse the Greek, I prefer to look at the big picture and ask myself, “What would his Father do?”

I believe He would have wanted The Birth to take place inauspiciously, in the shadows on the periphery of a national celebration that He’d already instituted long beforehand. It would be just like Him to do that.

In Jesus’ day there were three major festivals where Jews made pilgrimages to the Temple. In the spring, Passover recalls the Exodus and is known in Jewish literature as “the time of our freedom.” Seven weeks later, Shavuot commemorates Moses on Mt. Sinai, “the time of the giving of the law.” Both of these festivals are solemn, and only Jews are invited.

The third pilgrimage festival is different in a number of ways. Sukkot is widely known as the Festival of Booths, when Jews build temporary shelters and live in them for a week in remembrance of a time when their forefathers gathered daily rations of manna while literally following God through the wilderness. Like children. That father/child relationship is at the heart of Sukkot—the intimate bond, the sheer wonder of God’s father-like love. It’s why Sukkot is known in Jewish texts as “the time of our joy.” It is pure jubilation, and also the only festival where Gentiles are welcome.

It happens after harvest in the fall, usually late September or early October. After the crops are all in and another winter’s sustenance assured, there comes a natural little breather in the hardscrabble lives of first-century Jews, a logical time for them to make a pilgrimage—or a trip back to their ancestral home to comply with a mandated census.

The first morning of Sukkot begins with a priestly parade down to the spring for a liter of water, which is carried back up to the Temple and ceremonially poured down the face of the altar, side by side with wine. Water and wine mingle at the foot of the altar, and the celebration begins. For seven days and seven nights the Temple courts are filled with singing and dancing and all manner of musical instruments. Priests dance before God like children, like David, and entertain the crowd. There are even some who juggle torches. It is a party.

Four huge poles tower over the Court of the Women. Atop each of them is a crosspiece supporting four golden bowls the size of washtubs. At twilight on the first night of Sukkot, excitement builds as neophytes climb the poles to fill the bowls with lamp oil.

A little over five miles to the south lies the village of Bethlehem, where I can imagine a tired carpenter standing alone outside a stable attached to the back of a house. His chores are done, the animals fed. His wife is in labor, and he’s staying out of the women’s way, leaning against a post, picking his teeth with a piece of straw. His eyes are watching the hills to the north because he’s a good Jew and he knows, in the gathering darkness, what’s about to happen on the Temple Mount. The lighting of the lamps will be perhaps the most ecstatic moment in a week of boundless joy.

Faintly from the distance comes the roar of the crowd welling up with the first glimmer, and then sixteen massive lamps fill the holy city with light, reflected and magnified by the burnished gold and gleaming white stone of the Temple grounds. The hills come alive in stark relief, trees and buildings silhouetted against the glow. The carpenter smiles, and a deep shiver runs through him, for he knows this must surely be the light of the world.

And in that precise moment, from a stall in the cool darkness of the stable behind him, he hears the first rusty cry of a newborn child.

What part of the Christmas story is most meaningful to you? 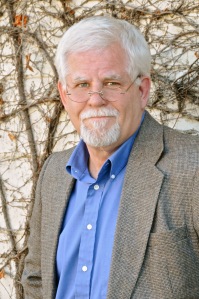 Most Recent Release: Though Mountains Fall 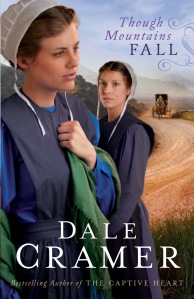 This epic trilogy concludes with the Amish community’s pacifism sorely tested by attacking bandits and the equally cruel Mexican troops sent to defend the Amish.

5 thoughts on “When Was Jesus Really Born?: Dale Cramer”